A penalty inside Ashford’s 22 saw the visitors taking an early lead as St. Francis’ Fly-half coolly slotted over the 3 points. The home side soon found themselves 10 points behind after a strong carry from the opposition Captain, puncturing the defence for a converted try.

Maintaining their composure Ashford responded by exerting their own pressure through territorial gains. A quickly taken penalty found Ellie Drabble, spinning through the initial contact the powerful centre crashed over the whitewash. Prop Leanne Kelly narrowly missed out on the extra two points as the ball ricocheted off the upright.

It didn’t take long for Ashford to return to the opposition 22, this time attacking from a 5 metre scrum. Fly-half Katie Allen shaping to pass out wide found Kerri Morgan with a well-timed inside ball. From a few metres out Morgan’s pace and strength proved unstoppable as the Full-back cut through a wrong-footed defence. L.Kelly this time comfortably slotting the extras. 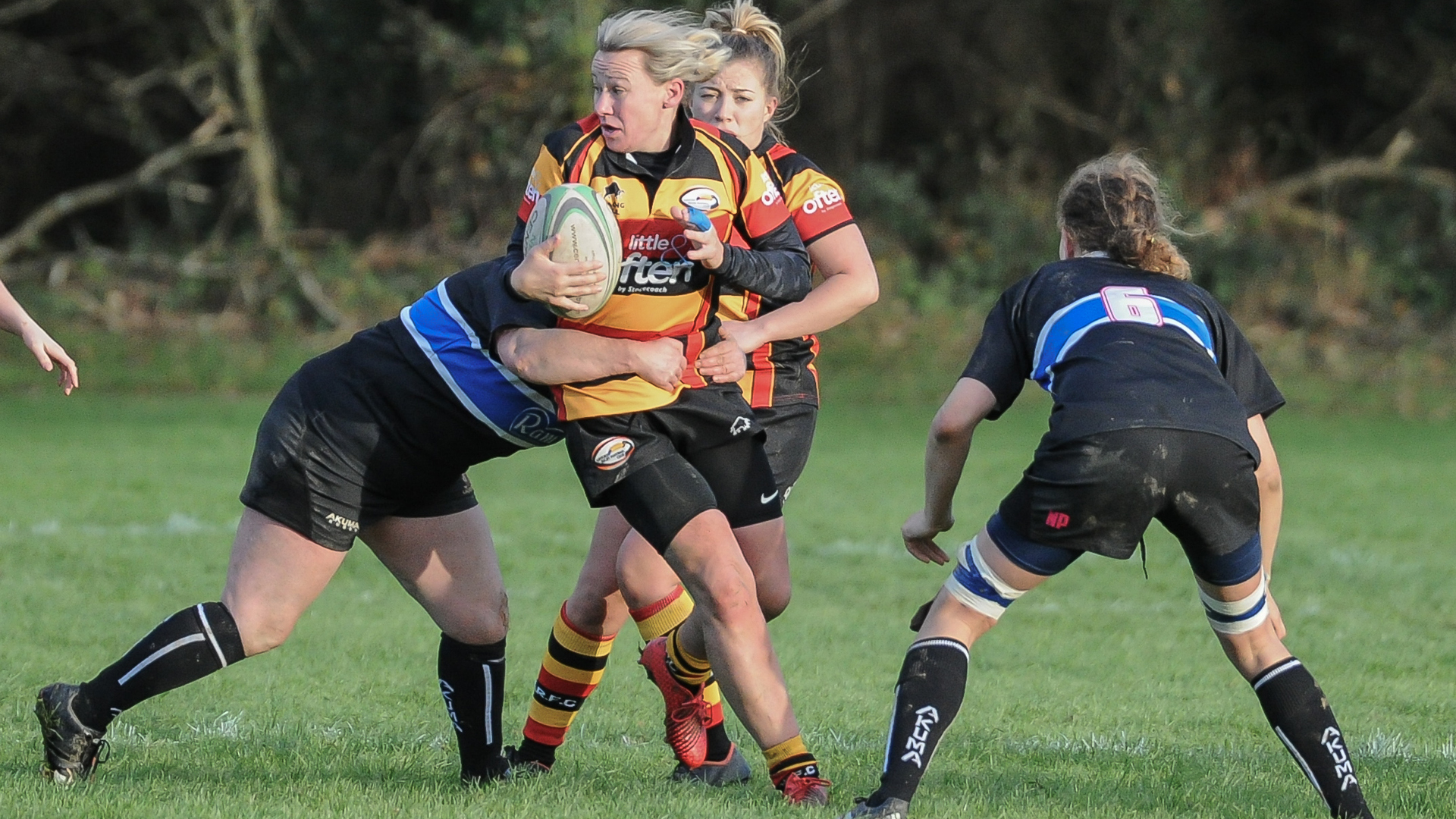 With several half-time replacements Ashford added some new and old faces to the back line. Returning Full-back Jules Teague covering at Outside Centre scored the first of her brace as Ashford’s forwards set another attacking platform for the Backs. Using her footwork Teague rounded the opposition defence for her first try of the season. Topping it off Teague bagged all 7 points with the following conversion.

The visitors continued to challenge Ashford around the fringes and out wide. Strong carries from St. Francis’ Front Row regularly testing the resolve of Ashford’s defence. Hooker Cheryl Wharton as always fearlessly putting her body on the line against the opposition’s juggernaut props. 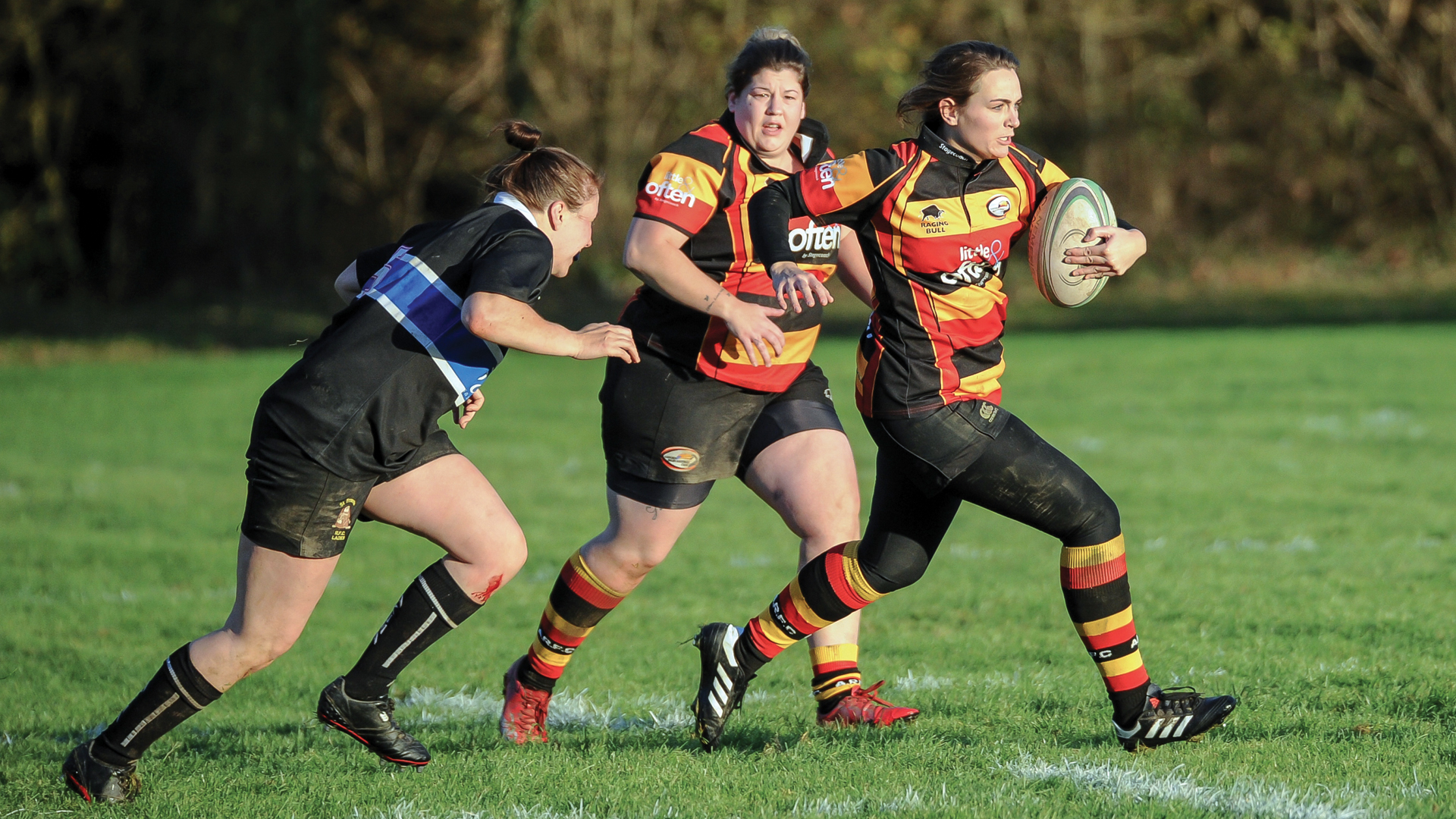 Teague again found the line after a break from the back of the scrum by Megan West. The No.8s powerful fend sitting down a series of tacklers before the ball eventually went wide for the Centre to dot down in the corner.

Unfortunate not to pick up the try bonus, Ashford saw the elusive point go begging after several attacks made it over the whitewash only to be held up. West’s American Football-esque dive over the ruck and Prop Leanne Kelly’s grounding quickly smothered by a covering defence. Drabble also looked clean through, cutting a great line and hitting the ball at pace, unfortunately the Centre was unable to maintain control of the ball before reaching the line.

Ashford go away happy with another satisfying home performance and in addition delighted to see both Jess Ryan and Lauren Cook impressing on their Ashford Ladies debut after recently transitioning up from the U18s.

No Replies to "Ashford Ladies vs St Francis Ladies"